We all feel the symptoms of anger at times, it’s a natural part of being a human.  It is an effective defence when we feel attacked or unfairly treated.

Anger is not necessarily a bad emotion, but anger management used out of context can cause bad results.

In context managing anger effectively can help us identify problems which may hurt us and help us to stay safe.  It can give us the resources to defend ourselves by supplying our bodies with certain hormones which give us energy as part of our fight or flight system.

Anger is an internal process that creates an argument between how things are, how the person thinks things should be and how we react or are “triggered by” it.

Anger is perceived as something being done to a person by someone or something external to themselves because of some rule a person may have for how they think the world should be.

Because of this difference between how we think something should be and the reality of the world it can leave you with a feeling of extreme frustration and a sense of injustice which feels like it builds and builds until it can’t be contained anymore.

People who struggle with anger tend to have very rigid black and white thinking on what is fair and what is not. Particularly in how they think they should be treated by others while at the same time being in denial about how they themselves treat others.

At the moment anger feels like it is uncontrollable and can often result in catastrophic consequences resulting in the breakup of relationships, loss of your job or even criminal charges.

Anger management is particularly an issue for men due to the perception that men shouldn’t be overly emotional and in trying to contain emotions such as anxiety, shame and grief which can be expressed with outbursts of angry episodes.

Most people will experience anger, but it will be manageable and won’t have a huge impact on their lives.

Not only does anger get expressed to others with violent acts but can also be directed inwards and can result in feelings of self-hatred and even physical violence towards yourself.

Anger can also be expressed in a non-violent way and can produce a more passive-aggressive approach where you ignore others and refuse to speak to them.

Anger can be extremely frightening and damaging to others around you, especially children. 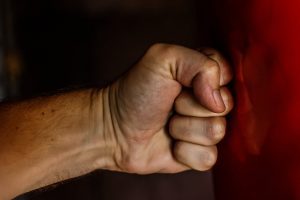 The symptoms of anger can feel different for everyone because[...]