The symptoms of anger can feel different for everyone because we all do anger in a different way.

Thoughts looping around the head that focus on a sense of indignation and unfairness can be perceived by the person doing anger.  Especially if it is a situation that there is no control over or simply don’t know the process of how to change.

By using their own internal map of the world and how they think things should be can lead to anger because the other person isn’t doing as they would.  An angry person can’t discriminate between what they control and what they don’t control.  What they do have influence over and what they do not.

People with anger often have problems identifying what is personal and what just affects them personally leaving them with a sense of persecution.  Often this can be centred on a high need for perceived fairness in relation to how they are treated, all the while being in denial about how they treat others.

Outburst can happen in the moment after building up over time.  Violent outbursts require the future consequences to be dismissed which can have devastating consequences not just to the person doing anger but to the focus of their anger.

Children with anger struggle to express emotions well and this can result in temper tantrums and tears of frustration.

Correctly applied anger is highly emotional that has an energy that under it’s normal use and function is used to create energy to move and survive.  It can make a perceived threat back off which can be useful in certain situations.  An angry outburst can also feel cathartic when releasing feelings of frustration.

Like all emotions, anger isn’t a bad feeling or means you are a bad person.  Anger is a very functional emotion when applied in the right context.

Problems arise when anger is used out of context and results in negative consequences for the person doing it and those around them who are affected by it. 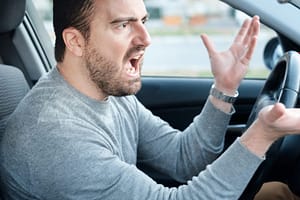